Hi everyone!  I wanted to write a little blog about the desk Doug built me just before Auburn was born.  I can’t tell you why I HAD to have it then before he was born. Because somehow I wouldn’t be able to have this baby if I didn’t have a desk?!  Those baby hormones I tell you.  But poor Doug right.. I know.

Well I thought I should blog about how he built it when I saw the hashtag #scrapwoodchallenge that is going on this week.  I don’t know if this counts because of course Doug built it, not me. (I know, I’m spoiled).  But if you or your husband are handy, I bet you could pull this one off!

To begin, he used reclaimed wood from the home.  This is red cedar off the walls in the upstairs.  He carefully removed board by board to save every piece he could and put plywood up in its place.  The home was built in 1861 because we found a piece of newspaper on a piece of salvage wood with that date! Therefore, this wood must be a least two hundred years old. Crazy to think isn’t it?

Okay back to the desk. I found on Pinterest a similar desk where they used black pipes for the legs.  I sometimes think we should have done that too, but Doug wanted to use galvanized pipe.  He bought 3/4 in galvanized for the base.  You can find this at almost any home improvement store. Lowes, Home Depot, Menards. 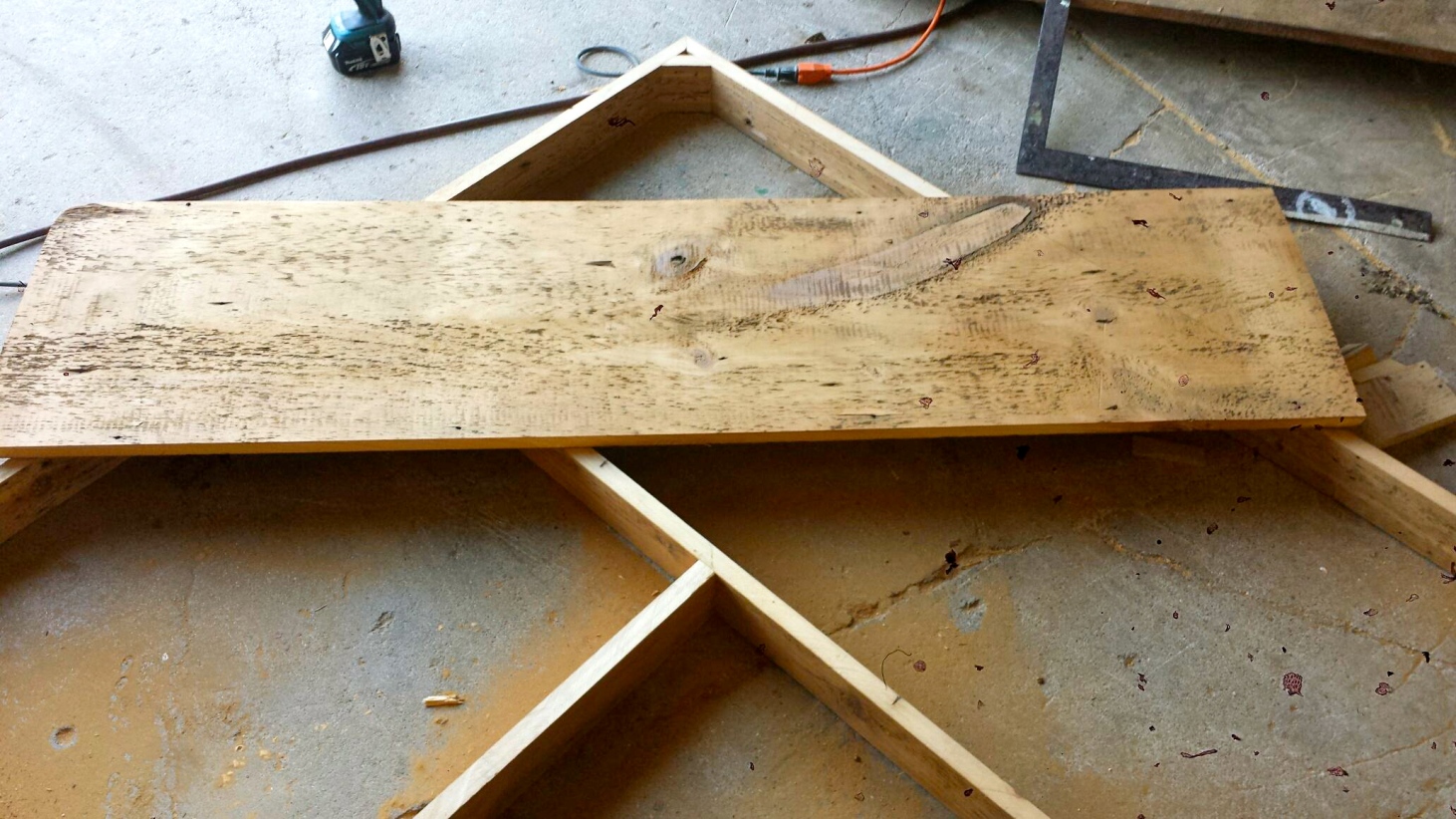 He first built a frame out of some of the reclaimed wood.  Then built the top on that. Of course I asked if he could do some sort of herringbone design and he came up with this.  I mean who isn’t just in love with herringbone 😉 ?! 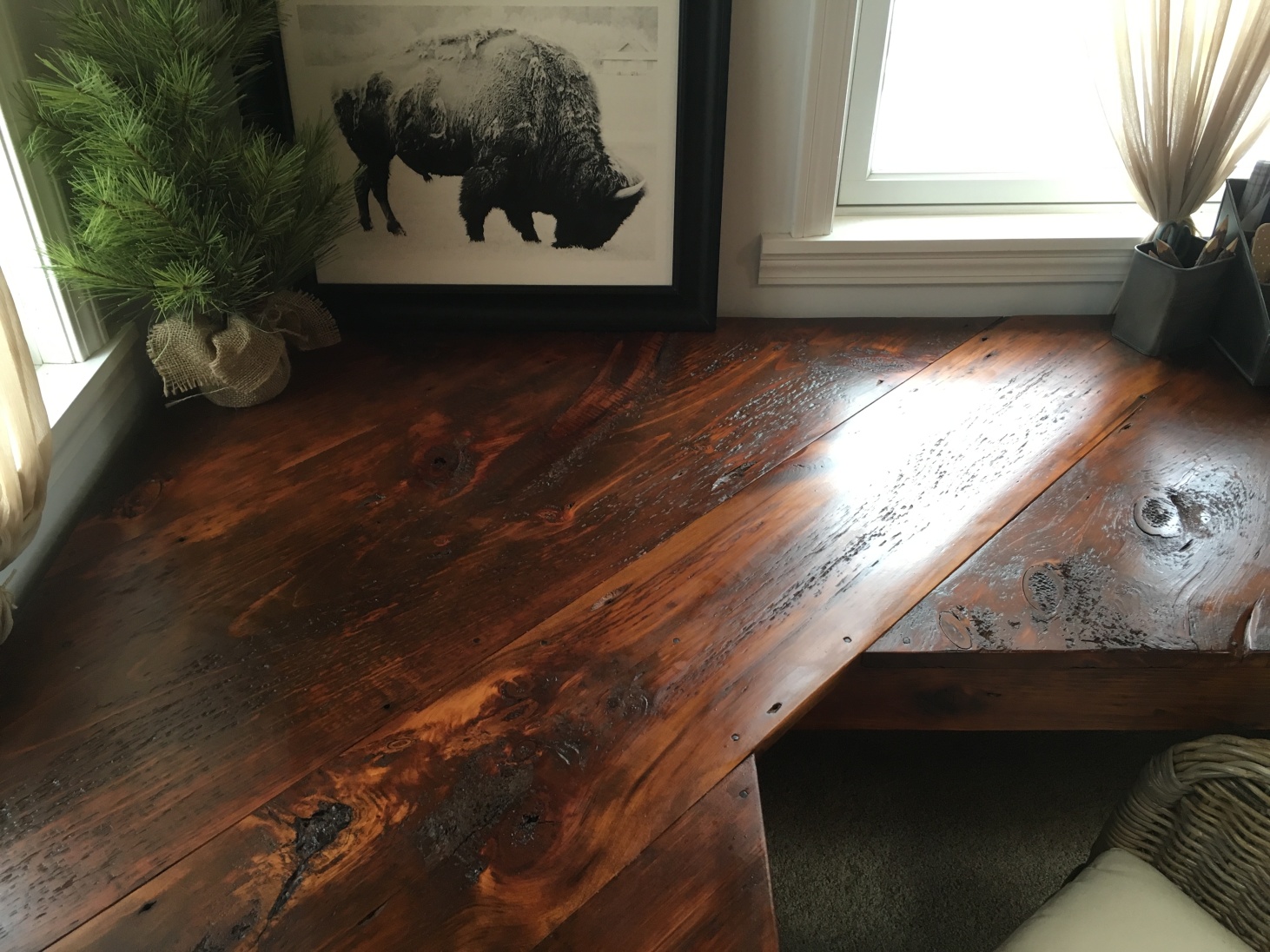 I know, I don’t have many “in the making” photos, but this shows the top. He glued and screwed the top onto the frame that was in the last photo. After the glue had dried he removed the screws and used salvage square nails from the home.  Isn’t he clever?!

This next photo shows the base made with galvanized pipe. 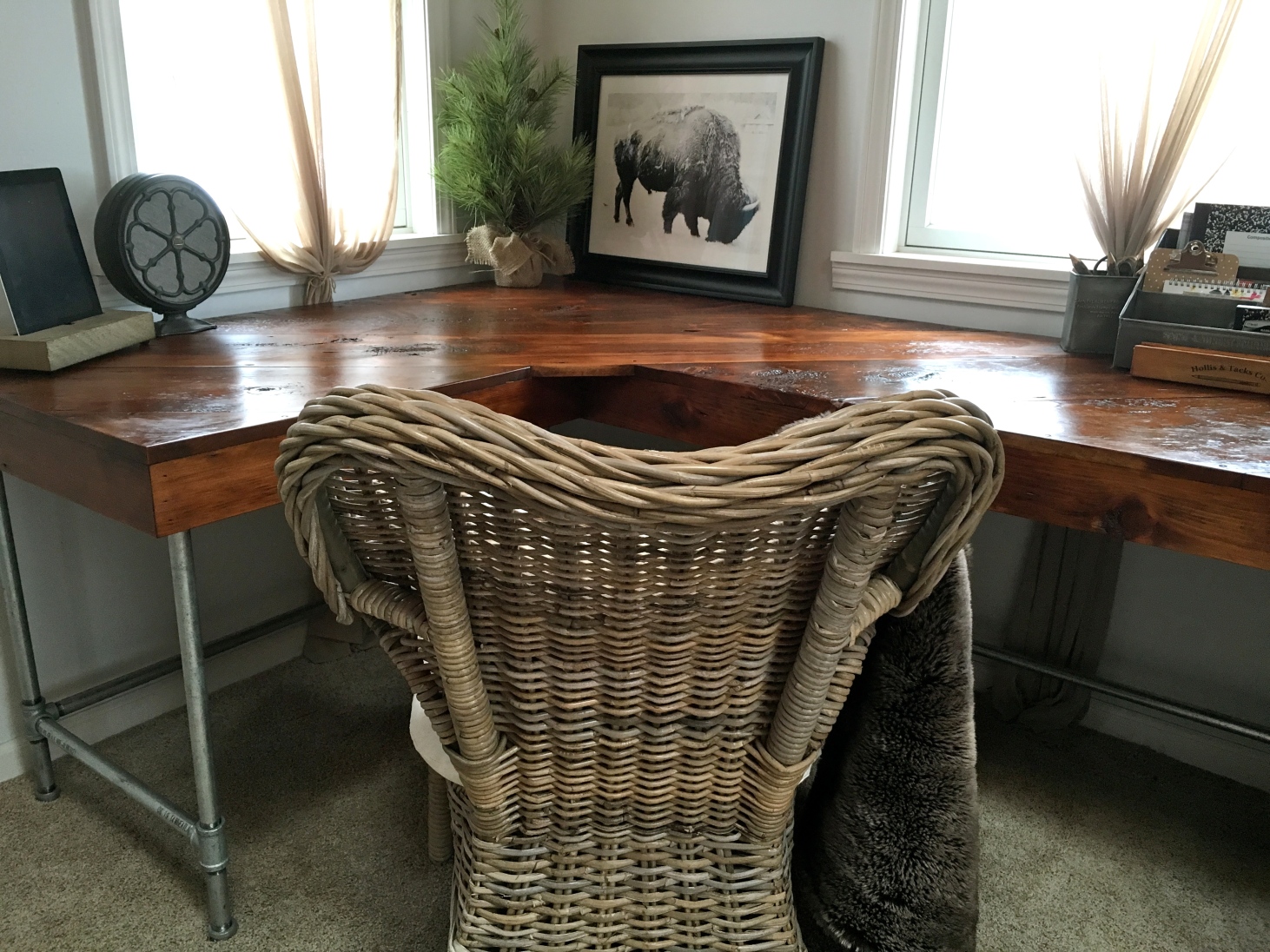 And another of the top. 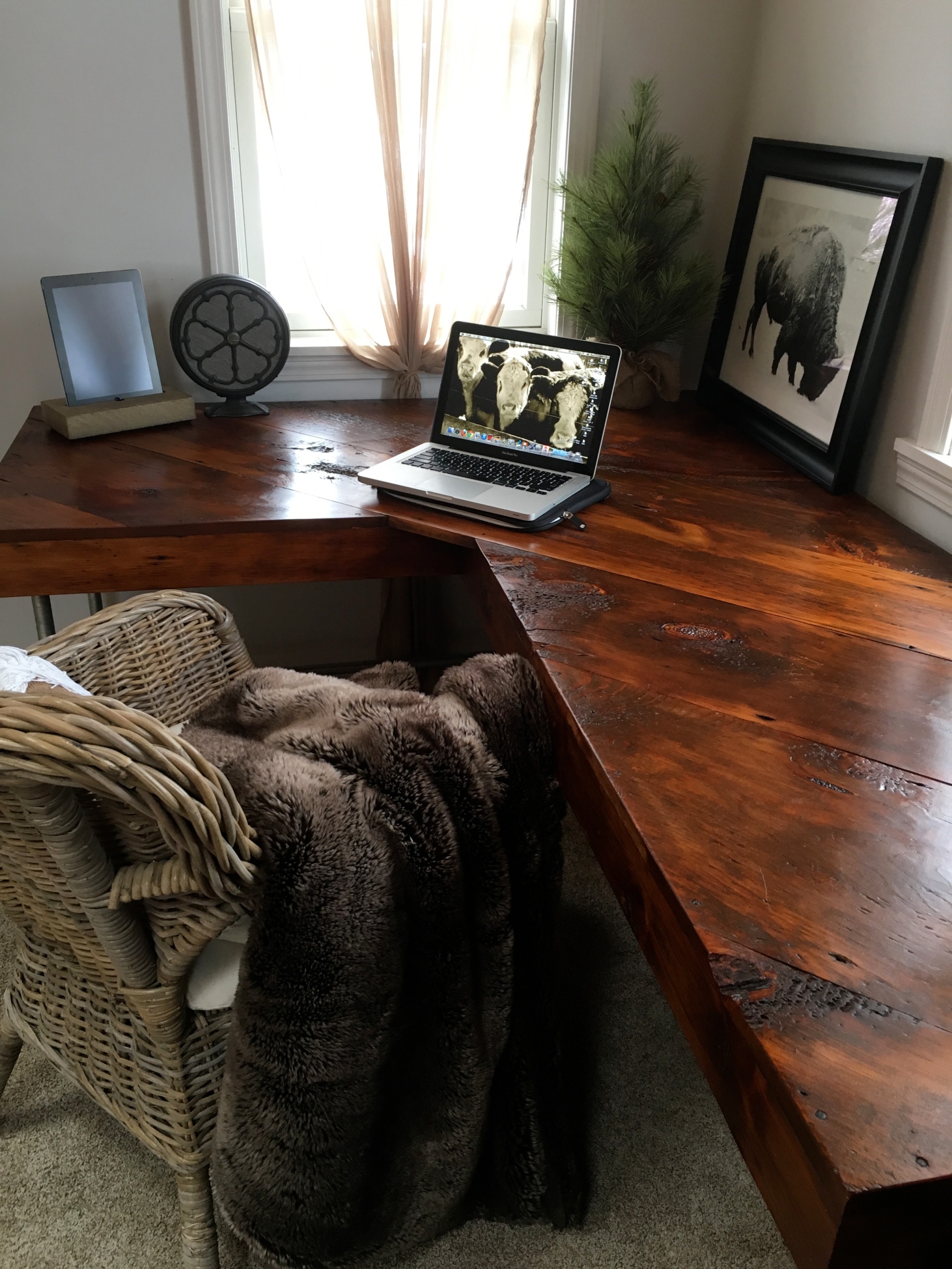 He belt sanded the wood. Then we stained it with a provincial wiping stain. We used this stain throughout the house.  On pine it is MUCH lighter and I know this looks very dark, but the old wood is so porous. Plus it is cedar which gave it have a red tinge.  We also used left over oil base polyurethane he had left from over from refinishing the floors.

Please feel free to ask questions and would love to hear from you all! 🙂